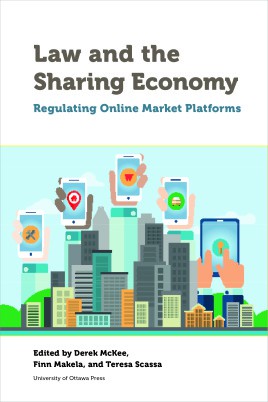 Controversy shrouds sharing economy platforms. It stems partially from the platforms’ economic impact, which is felt most acutely in certain sectors: Uber drivers compete with taxi drivers; Airbnb hosts compete with hotels. Other consequences lie elsewhere: Uber is associated with a trend toward low-paying, precarious work, whereas Airbnb is accused of exacerbating real estate speculation and raising the cost of long-term rental housing.
While governments in some jurisdictions have attempted to rein in the platforms, technology has enabled such companies to bypass conventional regulatory categories, generating accusations of “unfair competition” as well as debates about the merits of existing regulatory regimes. Indeed, the platforms blur a number of familiar distinctions, including personal versus commercial activity; infrastructure versus content; contractual autonomy versus hierarchical control. These ambiguities can stymie legal regimes that rely on these distinctions as organizing principles, including those relating to labour, competition, tax, insurance, information, the prohibition of discrimination, as well as specialized sectoral regulation.
This book is organized around five themes: technologies of regulation; regulating technology; the sites of regulation (local to global); regulating markets; and regulating labour. Together, the chapters offer a rich variety of insights on the regulation of the sharing economy, both in terms of the traditional areas of law they bring to bear, and the theoretical perspectives that inform their analysis.